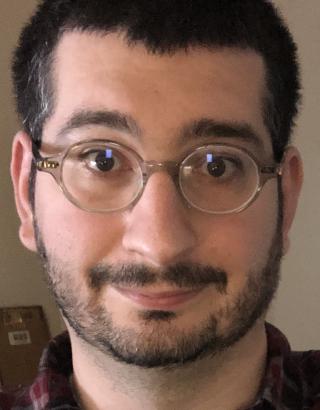 I’m a writer. I’ve written many pilots and screenplays, mostly comedies. Some of them have placed in contests.

Please read my latest book of short fiction and personal essays A Stupid Way To Die For No Reason At All.

I’m currently a co-creator and writer for Functionally Dead, a leftist comedy zine.

I write, perform, and direct at the Upright Citzens’ Brigade Theater in Los Angeles, and formerly New York.

I have written for SNL’s Weekend Update, The Onion News Network, and the shows Epic How To, Honest Trailers, Honest Game Trailers, Blissful Thinking, and others. My writing has appeared in McSweeney’s, The Onion, College Humor, Newegg, Splitsider, Trop Magazine, and other places.

I also wrote a short story collection called Nein Stories that I released for free.

I co-created and ran a humor magazine called Janice, which put out two print issues and regularly updated with online content for years.

You can listen to my finished serialized fiction comedy podcast, ScaryTown, on Apple Podcasts or on Anchor. You can also listen to This Podcast Is Brought To You By, a short-lived but (in my opinion) very funny improvised comedy podcast on Anchor.

I used to have a comedy podcast called Lifescrapers: Tall Stories of American Lives. You can listen to the archives when I find a suitable home for them, and they will be linked here.

We All Know What The Future Holds

I’m Not That Guy

A Stupid Way To Die For No Reason At All

In 2019, I wrote this piece, called “I Support Strong Women Of Color Unless They Are Politically To My Left. It went viral, and ended up as the 19th most-read piece on McSweeney’s that year. This was my only real experience going viral. I had written sketches and other Internet videos that have gotten over a million views each, but I don’t really consider that viral, at least not in the traditional understanding of it. Read more
All Posts

Email me some nice praise.

My current local time is .